Brian is a serial ‘start-up’ entrepreneur. He founded and floated The Broad Street Group, which he established after an early career as a financial journalist with the Daily Mail, Daily Telegraph and The Times. He became an accredited fund manager to research an investigation into the connection between organised crime and the City’s money laundering activities. This then became dangerous and there were threats to his children.

He moved into corporate communications and eventually founded Broad Street specialising in takeover bid communications. He founded Primrose Care, caring for elderly people in their own homes, which was later sold to BUPA.  He founded Equity Development, providing research services to smaller companies, which he sold recently. He founded ArchOver, which is a unique crowdfunding marketplace lender, facilitating secured and insured loans to companies, which was sold to Hampden Group.

He initiated a report for Treasury on Smaller Quoted Companies and wrote the well-regarded publication Tomorrow’s Giants, with the former senior Treasury official Craig Pickering.

Brian’s charitable activities include re-stablishing Remembrance in 1995 for the 50th anniversary of World War II. The initiative enabled the Royal British Legion to raise £20m in that year, saving it from probable dissolution. Remembrance, once again, become a regular feature of British life. He conceived the appeal Coming Home to raise funds for seriously wounded military personnel, that also raised £20m. He stimulated the reactivation of the British Dyslexia Association and has run two marathons to raise funds for Prostate Cancer research. 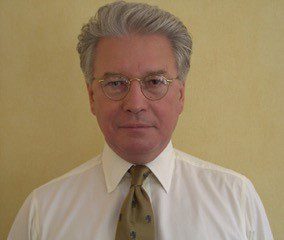