John Howard joined the BBC as one of the leading voices on Radio 4. He presented documentaries, phone-ins and discussion programmes, winning several awards. He became best known as the consumer’s champion on the daily magazine programme ‘You and Yours’, which he presented for 14 years.

In 1997 he was invited to join the Mortgage Code Compliance Board as an independent director. He subsequently became a member of the Financial Services Consumer Panel, which he chaired for 3 years until 2008.

Between 2006 and 2008 he was a member of the Market Participants Group of CESR, the European committee of securities regulators, and he also joined the Treasury’s Retail Financial Services Group. On stepping down from the Consumer Panel, he joined the Board of the Financial Ombudsman Service and also became a Non Executive Director of the energy Regulator, Ofgem.

In 2010 he was appointed as an Independent Commissioner by the Treasury for the Equitable Life Payments Commission.  He served on the With Profits Committee and the Independent Governance Committee of Scottish Widows. He was a Trustee of the Thalidomide Trust. He is currently Vice Chair and Senior Independent Director of the Family Building Society and a Non Executive Director of the Banking Competition Remedies Company.  He is Chief Executive of the company he founded, Consumer Insights, which provides advice on principles based regulation and fairness in the financial, energy and water sectors. 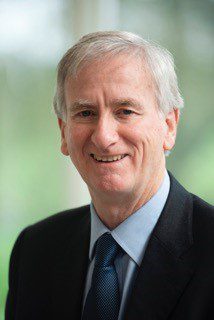