I have worked in insurance for many years starting as a Claims Handler and Loss Adjuster.  Moving to HSBC to work with VIP and Commercial Insurance, I joined Dave West and Paul Holton-Frances in the bond schemes in 2003 becoming Manager of the Section.  The team headed up bond security for England & Wales, Northern Ireland and she was at the forefront of the launch of the scheme for Scotland.

Leaving Gallaghers and setting up Security Bonds Limited (SBL) in 2018 with Paul Holton-Frances, joined later by Dave West, the Appointee Bond was launched to market with the help of Sean Tyrer from Money Carer Foundation later that year, providing much needed safety for vulnerable people relying on benefits.

A new bond for Powers of Attorney was launched by us in 2020 for England & Wales, Scotland and a bond will shortly be available in Northern Ireland.

Being passionate about providing financial safety, the mission statement of TTF is close to our hearts and I am honoured to have been asked to be an ambassador, it was one of the easiest decisions I have had to make.

Making the financial sector more accountable and transparent will be an ongoing task for some time but the joined up approach that TTF offers brings like-minded people to the table and that can only make the message more powerful and difficult to ignore. 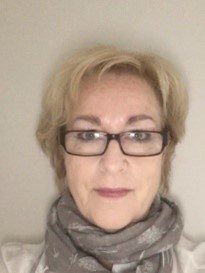