This event is inspired by the concerns expressed so well by Sir David Attenborough’s comments at the UN climate change conference, when he stated:

“Right now, we are facing a man-made disaster of global scale, our greatest threat in thousands of years: climate change.

If we don’t take action, the collapse of our civilizations and the extinction of much of the natural world is on the horizon.”

The stakes really couldn’t be any higher and many people within the Transparency Task Force community are convinced the financial services sector as a whole could and should be doing much more than it is to tackle climate change.

Of course, we are exposed to many grave challenges in the world right now. We are having to face up to serious political, social and economic challenges; none of them have easy solutions; and on top of that there is Covid-19.

However, in the overall scheme of things, nothing; absolutely nothing is nearly as important as taking care of our planet.

According to many experts, we are getting perilously close to the point of no return; i.e. the point at which we become fated to harming our world so much that its wellbeing (and therefore ours) is irreconcilably jeopardised.

Any serious analysis of global warming results in one stark conclusion: unless mankind makes drastic changes to first halt and then reverse our awful impact on our precious planet, we are destined to climate catastrophe.

So, in plain and blunt English: unless there is a massive and authentic commitment to drastic change, we’re most probably going to wreck the one thing we simply must not take for granted; our world.

We don’t have a spare one; there isn’t a Planet B.

Unless we accelerate to a green economy before it’s too late then it will be…too late.

It isn’t rocket science. Sadly, it’s becoming blindingly obvious to everybody other than those in denial that we are messing up, big time.

Fortunately, in relative terms there aren’t that many people in denial; but unfortunately, they include the most powerful person in the world.

There is no doubt that, despite its many shortcomings, the financial services sector can be enormously influential. The world’s capital markets have the potential to unlock the truly awesome power of money and use it to strategically overhaul the flows of capital. We need money to go where it can do real good, in the real economy; and to stop going to where it is doing harm.

However, that’s going to take an enormous change to the way the world’s financial ecosystem works. We need to think about many things very differently.

The good news is that in the UK at least, all our financial services regulators are gearing up to play a part in driving the reforms necessary. But we can do more than just follow the direction given to us by the regulators.

We, the financial services industry as a whole, can share in the responsibility for leading the way.

At our symposium, we’ll be discussing and debating questions such as:

·       “What can we do to accelerate our journey towards a green economy, before it’s too late?”

·       “What role can the financial services sector play in helping to avoid climate catastrophe?

·       “How will the economic consequences of Covid-19 impact the sustainability agenda?”

Clearly, there is going to be a great deal to discuss!

If you are on the same wavelength, please don’t ‘stand by’, please ‘stand up’ – we need all the help we can get to galvanise support for radical and rapid reform, before it is too late.

Formerly Rebecca was the Chief Financial Officer (CFO) of Sustainable Finance at HSBC Holdings plc. In this role Rebecca was responsible for the group-wide financials relating to Sustainable Finance products, including sustainability/green bonds, ESG (environmental, social, governance) asset management/private bank funds and sustainability related commercial lending.  In addition, Rebecca was responsible for HSBC’s external ESG reporting and investor relations activity – including TCFD and corporate reporting on the SDGs.  Rebecca was the Chair of the European Banking Federation industry SDG working group and a member of other advisory groups to progress sustainability reporting. E.g. Sustainability Accounting Standards Board and developing a new CDP (Formerly Carbon Disclosure Project) questionnaire for financial services.

Rebecca has approximately 20 years of industry experience, in a prior role she was Group lead for Fixed Income investor relations.  This included marketing the first green bond issued by HSBC France in December 2015 and the SDG bond issued by HSBC Holdings in 2017.  Rebecca has also worked in Product Control, Market Risk and Regulatory Management.  The latter included leading HSBC’s response to the Enhanced Disclosure Task Force to aid greater transparency in banks’ disclosures post the financial crisis.

Rebecca is a Chartered Global Management Accountant and obtained a BSc in Economics and Politics from the University of Southampton, where she now has the role of Trustee for the Student Union.  In 2017 she gained a Certificate in Business Sustainability Management from the University of Cambridge Institute of Sustainability Leadership – she is currently studying for a part-time Masters with the Institute.

David Nicoll is an accountant and smallholder whose practice is ‘Carbon Positive’.

With a career covering education, engineering, and public practice, he now works to encourage micro and SMEs to build green into their business thinking, and to put sustainability on an equal footing with their accounting and tax functions.

https://www.linkedin.com/in/david-nicoll-environmental-accountant/
David’s slides can be downloaded below:

Julian Todd FRSA is a climate campaigner based in West Midlands.

He is a recently-retired informatics and change-management consultant, with a science / engineering background.  In addition to campaign work, Julian has first-hand experience of the challenges of “green investment” as an aspiring entrepreneur in the field of ultra-low emission vehicles.

Julian’s slides can be downloaded below:

Presentation #4, for 10 minutes + 5 minutes Q&A with facilitated discussion by

Arthur ten Wolde is the executive director of Ecopreneur.eu, the European Sustainable Business Federation of which UnternehmensGrün is a founding member.

Arthur is internationally recognized as a circular economy expert, motivational speaker and co- author of several reports and numerous articles in magazines. In addition, he is a member of the European Circular Economy Stakeholder Platform Coordination Group (ECESP-CG), the EU policy expert for MVO Nederland, Trainer Circular Design for CIRCO and Head and Owner of Circular Future. Arthur worked earlier for various employers including the Dutch Industry Confederation VNO-NCW.

He has a Ph.D. in experimental physics and is certified polymer technologist. 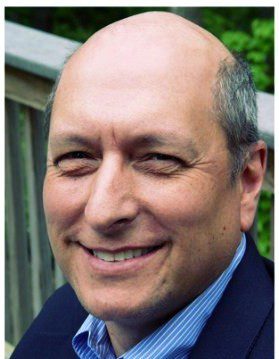