Given the massive importance of Super to Australians, Australian employers and Australia’s financial ecosystem as a whole, it’s clearly important that Super’s as super as it can be. However, there’s a wide range of views on whether Australia’s Superannuation System has been successful or not; and it’s clear there are strong views on both sides.

Our symposium represents a first-class opportunity to take a close look at the realities of the situation and to specify what improvements could, should and perhaps even must be made.

It will be a forum where participants can “say it as they see it.” We’re certainly anticipating candid conversation but we’re also hoping the exchange of insights and perspectives can also be constructive and collegiate.

Our speakers will be sharing their insights and perspectives in relation to the 4 key areas of concern:

Whilst we don’t expect everybody to agree with everybody else on every matter; we are hopeful that we can build consensus on some important policy initiatives that should garner widespread support.

Do take the opportunity to consider what others believe to be the best way forward in reforming Super; as well as making sure your own thoughts are taken into account too.

Darren McShane is an experienced regulator and policy maker across a wide spectrum of financial services.

Darren provides advice on regulatory and policy matters to regulatory bodies, multilateral agencies, industry bodies and private firms. He is a regular contributor to conferences and seminars focused on improving outcomes for consumers of financial services. Amongst his published work is ASIC Report 581 “Review of ASIC Regulatory Guide 97: Disclosing fees and costs in PDSs and periodic statements”, published in July 2018.

He was also, until he finished his role with the MPFA in March 2017, the Chairman of the Technical Committee of the International Organisation of Pension Supervisors (IOPS). In that role he had responsibility for steering the work of IOPS in setting global standards and good practices for the regulation and supervision of private pension funds around the world.

Prior to his time at the MPFA, he held a number of senior roles with the Australian Securities and Investment Commission (ASIC) and its predecessor bodies and he also worked for a period with the fund management regulator in the United Kingdom (IMRO). 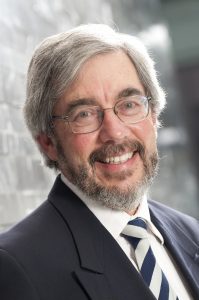 David is a Senior Partner at Mercer and Senior Actuary for the Pacific region.  He is the National Leader for Research and Policy in Australia and the actuary to the Tasmanian and Western Australian public sector superannuation plans.

He was the industry expert of the three person team who conducted a review of Military Superannuation for the Australian Government and is the lead author of the Melbourne Mercer Global Pension Index.

Before joining Mercer, David was at PricewaterhouseCoopers and prior to that was the Foundation Professor of Actuarial Studies at The University of Melbourne. In his two decades in academia, he acted as a consultant to a range of financial organisations, in both the private and public sectors, specialising in the superannuation and retirement incomes area. He has spoken and written widely in this area and has served on many Government and industry committees.

David was an independent Board member of Australian Prudential Regulation Authority for five years and President of the Institute of Actuaries of Australia in 2000. 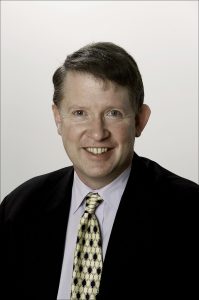 Dr. Morris is an Adjunct Professor of the law faculties of UNSW, Sydney, and Latrobe, Melbourne; a visiting fellow at the Martin School, Oxford; and a guest professor at the China Executive Leadership Academy, Pudong, China.

He has been Deputy Director of the UK Institute for Fiscal Studies; Chief Executive and Chairman of various economic consultancies including London Economics; a visiting fellow at Balliol and St Anthony’s Colleges in Oxford, and at Melbourne University; and has led numerous projects in developing countries.

Dr. Morris is the co-editor of ‘Capital Failure: Rebuilding Trust in Financial Services’, published by OUP in 2014, and author of ‘Management and Regulation of Pension Schemes: Australia, A Cautionary Tale’, published by Routledge in 2018.

Giles is the Founder and CEO of Global Impact Initiative (GII). The business creates Impact Investments with the dual purpose of generating positive financial returns and creating social impact. GII is globally recognised as one of only thirty-six (36) Global Compact LEAD companies, recognised for their high levels of engagement in the United Nations Global Compact. Giles has over 25 years’ experience of building and developing teams and businesses for global enterprises.

Giles has received an Outstanding Alumnus award from Oxford for creating an innovative, sustainable business that generates positive social impact. He is a Senior Fellow of the Financial Services Institute of Australia, Fellow of the School of Social Entrepreneurs, Fellow of the Institute of Managers and Leaders, and Member of the Australian Institute of Training and Development.

Giles has a unique blend of leadership and business skills gained in the corporate environment married with financial and governance skills gained in the Not for Profit sector. He holds numerous Volunteer Not-for-Profit Directorships ranging from International Aid, Human Rights, Disabilities, Education, Arts and Sports. Giles is on Advisory Boards for the United Nations for Climate & Health and Sustainable Finance. He is an Advisory Board Member of the Securities and Investments Institute of Asia Pacific and an Industry Fellow at the Business School of the University of Technology, Sydney. 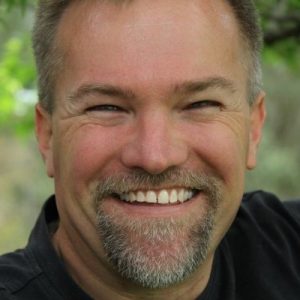 Ian is an actuary and has been heavily involved in Australia’s superannuation and pension industry for over 20 years in a range of actuarial, administration, consulting and research roles.

For the last 12 years he has been Head of Research at Chant West, a leading superannuation consultancy and research firm established in 1997. Chant West’s research on superannuation and pension funds is highly regarded for its accuracy, insightfulness and integrity, and it is widely used by financial advisers and by the funds themselves.

The research feeds into a suite of user-friendly tools that make it easy for funds, advisers and individual consumers to analyse and compare products on a fair, ‘apples with apples’ basis.

Ian is is responsible for managing a team that provides product research used by a large number of superannuation funds, financial advisers and consumers to compare superannuation and pension products.

A key area of concern for Chant West is to ensure that products are compared on a like-for-like basis, which is a challenge given inconsistent disclosure by funds in Australia.  Ian and Chant West have long advocated for improved disclosure of fees, insurance and investment performance in the Australian environment.