The reputational integrity of the finance sector has been very badly damaged in recent decades, with one scandal after, another including of course the Global Financial Crisis itself.

As a consequence, the Transparency Task Force is initiating and facilitating a global conversation about what needs to be done to address the real underlying causes of the malpractice, malfeasance, misconduct and mis-selling that has plagued the finance sector for far too long, causing extensive consumer detriment and a collapse in trust and confidence.

If you believe there is scope for the USA’s finance sector to serve society better, this is definitely an event for you, because we’ll be working hard to galvanise support for the positive, progressive and purposeful finance reform that is so desperately needed.

We know there are many great ideas that can help drive the transformational change; and we want to shine a big bright light on those ideas and the people that can bring them to life.

We’ll be tackling many important questions head-on, such as:

Through the many discussions we are having with people around the world, we are actively creating a framework for finance reform; please attend so you can be included in the conversation. 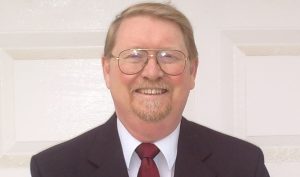 Michael Sauvante has 40+ years of experience in founding and running more than a half dozen companies and non-profit organizations. He is an expert in new venture creation, and has long been a progressive thinker in the field of sustainability and corporate responsibility. For 10+ years, Michael has conducted extensive research into economic development issues pertaining primarily to small and medium sized enterprises (SMEs) and their critical role in the economic vitality of their communities. That research has focused on getting money into the hands of SMEs. This effort led to an in-depth exploration of the use of alternative currencies for economic development and the development of the Sustainable Communities Framework (SCF), which closely maps to all the elements of the Green New Deal (GND), including job creation; small business growth and development; income and wealth disparities; climate change and other environmental issues; infrastructure, housing and energy issues; local farming and food; municipalities, schools, hospitals and other not-for-profit service organizations. However, the SCF can be implemented locally now, without waiting for Congress and massive federal funding. He is an Honorary Research Fellowship with Middlesex University’s Centre for Enterprise and Economic Development Research (CEEDR). 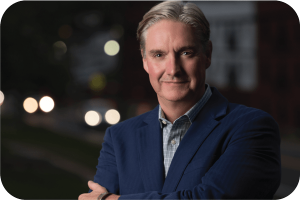 Lawrence Ford is the CEO and Founder of Conscious Capital Wealth Management, the Founder and Chairman of Future Capital, and the author of The Secrets of the Seasons. He has had a long, admirable career as an entrepreneur, financial advisor, consultant, coach, author, speaker, and spiritual leader. He is a Fellow of the World Academy of Art and Science and a member of Nexus Global.

Lawrence has dedicated much of his life to being a bridge between the modern world of business and the ancient world of wisdom, which is why Ford was dubbed the “Shaman of Wall Street” by the Washington Post, and The Economist magazine referred to him as a “man of two worlds.” NPR named him “The Finance Guru,” and the Retirement Income Journal calls him “The Spiritual Advisor.” Through these two worlds, he is helping people and organizations “wake up” and remember that they are here for a reason.

At Conscious Capital Wealth Management his team helps clients align their dreams and values with their money, providing a game changing client experience for financial advisors and their clients. Through his global leadership with the United Nations and the Sustainable Development Goals, he is the founder and chairman at Future Capital where he convenes global leaders to leverage the nexus of consciousness and capital and to co-create global economies that are good for all life. 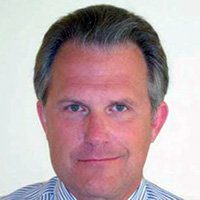 Knut A. Rostad, MBA co-founded and is president of the Institute for the Fiduciary Standard, a nonprofit formed in 2011 to advance the fiduciary standard through research, education, and advocacy. Prior, he served as the regulatory and compliance officer at Rembert Pendleton Jackson, a registered investment adviser in Falls Church, Virginia.

Rostad is the editor of The Man in the Arena: Vanguard Founder John C. Bogle and His Lifelong Battle to Serve Investors First, published by Wiley in December 2013. He is also a contributor to Advisor Perspectives; speaks frequently at industry conferences on fiduciary and compliance issues; and is regularly cited in media national and industry outlets. Rostad was named to Investment Adviser Magazine’s ‘IA 25’ list in 2014, which it calls “our annual list of the most influential people in and around the advisor industry.”