In this symposium we will be discussing the HM Treasury consultation paper “Regulatory Framework for Approval of Financial Promotions”.

The consultation paper, released in July, is looking to improve and strengthen how the Financial Conduct Authority deal with financial promotions for unauthorised firms by introducing a new “regulatory gateway.”

Under the current rules, any authorised firm  can approve a financial promotion of an unauthorised firm without having to pass a specific test of suitability or competence before it does so.

The Financial Conduct Authority has recently identified a number of cases where authorised firms have either failed to undertake adequate due diligence to ensure that the approved promotions meet their requirements; or approved financial promotions which relate to products beyond their sphere of expertise and which, as a result, fail to comply with the rules.

It is the Government’s view that the current rules are not enough of a safeguard to ensure promotions are fair, clear and not misleading.

The introduction of a “regulatory gateway” as proposed by the Treasury, would force firms to obtain approval from the FCA first if it wants to approve an unauthorised firm’s promotions.

The paper identifies two options for delivering this gateway:

Option 1: Restricting approval of the financial promotions of unauthorised firms through the imposition of requirements by the FCA

Option 2: Specifying the approval of financial promotions communicated by unauthorised persons as a ‘regulated’ activity under FSMA

We will also be discussing what we think needs to be done in order to strengthen the protection of the consumers in relation to the approval of advertising.

The big question is:

Will the new measures put forward by HMTS be enough to protect consumers from harm?

Please get involved and be part of the conversation.

You can expect to be amongst progressively minded and collaboratively minded people.On the basis that “progress begins with realism” we’ll be running the event as a forum to enable everybody to “say it as they see it.” We will be facilitating the kind of candid yet constructive discussion that is needed to help move matters forward.

For the first 11 years Peter was an army infantry officer serving in South Vietnam, the Australian Special Air Service and an instructor at the Officer Cadet School Melbourne. H left to join IBM as a marketing representative before starting his first business in computer industry search and selection.

He moved to the UK in 1991 and in 1994 opened the first European computer consultancy dedicated to Microsoft technologies for large firms. After selling the company in 1999, he worked as a management consultant for IT and recruitment companies until starting New South Law, where he is currently the commercial director and chairman.

Peter was a victim of a Ponzi scheme recommended to him by his bank manager in 2001, from which he became familiar with how banks and financial advisers work the system and its loopholes to defraud unsuspecting people into trusting but losing their entire retirement savings, generating billions for happy scammers who know they are inviolate.

He has dedicated the remainder of his working life to helping victims of pension fraud and changing how large scale white-collar crime is viewed and corrected.

Before retiring Mark was a fully qualified Accountant and for seven years a Licensed Insolvency Practitioner with Price Waterhouse.

Latterly he served on the board of a construction company as Finance Director for 11 years before retiring early in 2005. Since then he has done a series of property developments before moving to the Algarve in 2019.

Mark has a substantial amount invested in GPG/Red Rock (over £1.4million outstanding). Recovery of monies owed by GPG has become a full time job for Mark. 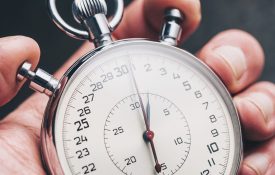