Why should you attend

Authorised Push Payment Fraud (APPF), occurs when scam and fraud victims are manipulated into making payments to fraudsters, typically through compelling, cunning and often creative acts of trickery and deception. Nobody should feel entirely safe from the risk of APPF; because nobody is... [READ MORE ↓ ]

Given that fraud as a whole is reputed to to make up over a third of all crime in the UK; and that only 1% of policing is targeted at dealing with it, there can be no surprise that scamming and the perpetration of fraud is seen as a highly lucrative, low-risk ‘career-choice’ for criminals. Scams and fraud are clearly big and growing problems for society and they impact people from all walks of life.

Our symposium will be led by recognised subject-matter expert Richard Emery and will include input from Peter Gibson MP, Chair of the APPG on Personal Banking and Fairer Financial Services.

The event covers four major challenges and briefly considers eight other topics. It will be a first class opportunity to be immersed in subject-matter expertise on this subject and it is very likely to leave you wanting the well-considered reforms that will be proposed.

Eight of the banks introduced the Contingent Reimbursement Model (CRM) as a voluntary Code of Practice on 28 May 2019.  Designed to increase protection against APPF and provide reimbursement to victims; it has been nothing less than a disappointment. It needs urgent review, better regulation and 100% coverage.

The Payment Systems Regulator ‘Directed’ nine major banks to implement Confirmation of Payee (CoP).  Although CoP is a very important step forward in fraud prevention it cannot deliver its full potential because of its limited implementation. Fraudsters quickly learn to open accounts with non-CoP banks so their victims cannot benefit from CoP.  This must change.

We assert that the banks have been Grossly Negligent since 2014, in that they have been ‘indifferent to the obvious risk of APPF’ by making their customers rely on unverifiable sort codes and account numbers.  This past failure must not be swept under the carpet.  We propose that the banks establish an Historic Reimbursement Scheme, either by choice or by compulsion.

Instant payments may be very useful, but ‘Faster Payments = Faster Fraud’.  We propose that the banks should delay the first high value payment until 24 hours after a New Payee is created.  Such as change is permitted under the current regulations, contrary to what the banks and UK Finance may tell you.

Altogether, our event will act as the ideal forum in which to have candid yet constructive debate about what could and frankly should be done to protect the public from the scourge of Authorised Push Payment Fraud.

Peter Gibson MP, Chair of the APPG on Personal Banking and Fairer Finance 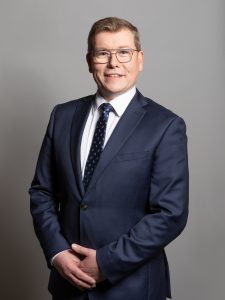 Peter Gibson was born in Middlesbrough and grew up in Saltburn, the son of a shipwright and a midwife.  Peter attended a local comprehensive school in the North East of England and Chaired the Young Conservatives in Langbaurgh. Peter went on to read Law at Newcastle University and practised law for 20 years, building a regional high street law firm.

Peter stood as the parliamentary candidate for Redcar in 2017. During the 2019 general election Peter won the seat of Darlington in Co. Durham, becoming its first Conservative Member of Parliament since 1992.

In his maiden speech, Peter championed local community action groups tackling inequality across the constituency. Peter has served as a hospice trustee for 10 years and sits on the All Party Parliamentary Group (APPG) for Hospice and End of Life Care.

Peter sits on many APPGs including Heritage Rail and the Global LGBT+ APPG. Peter is also Chair of the APPG for Social Integration and APPG for Personal Banking and Fairer Financial Services.  Peter was promoted to Parliamentary Private Secretary to the Party Chairman in November 2020. 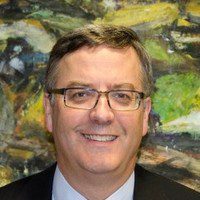 Professor Keith Brown is the founding Director of the National Centre for Post Qualifying Social Work and Professional practice. He is currently the Chair of the Safeguarding Adults National Network and leads the National research into financial fraud and scams with the Chartered Trading Standards Institute and the National Scams team. He has researched and published widely in the area of Mental Capacity and its implications for professional practice.

He is the series editor for the Sage post qualifying social work series and has written over 35 textbooks.

He is a member of the National mental capacity leadership forum and the joint fraud task force and advises at the DHSC, Ministry of justice and the Home Office