This Transparency Task Force symposium is timed to coincide with the World Elder Abuse Awareness Day. However, in the interests of transparency we wish to make it clear that the timing is coincidental i.e. a complete fluke.

However, we can’t escape the reality that the issues that motivated us to run this event in the first place do align very strongly with what the World Elder Abuse Awareness Day is all about – that is a grave concern about the harsh reality that the elderly are vulnerable in many ways including in the risk of having their wealth removed from them.

And let’s be clear on one thing straight off: we are not talking about just the wealthy elderly; no, we are going to be focusing on the wealth of the elderly, however wealthy they may be.

This is a big and complex topic with a multiplicity of interconnected issues. Our overall aim is not to solve the problems for that would be unrealistic. Rather, our aim is to initiate meaningful, ongoing dialogue about the problems the vulnerable elderly face when it comes to holding on to their wealth, with a view to working towards developing TTF’s policy position on these matters and to then go into campaign mode to turn policy initiatives into protective and prudent proposals that can lead to meaningful change, through the Parliamentarians, policy makers and regulators that we can and will engage with.

The “Fire Triangle” describes the idea that if you have oxygen, fuel and sufficient heat there will be fire. The diagram below works on the same principle, in that if you have vulnerable people that have accessible wealth that is unsupervised you will have risk. The risk is that the vulnerable elderly are at risk of losing their wealth in a multiplicity of ways. 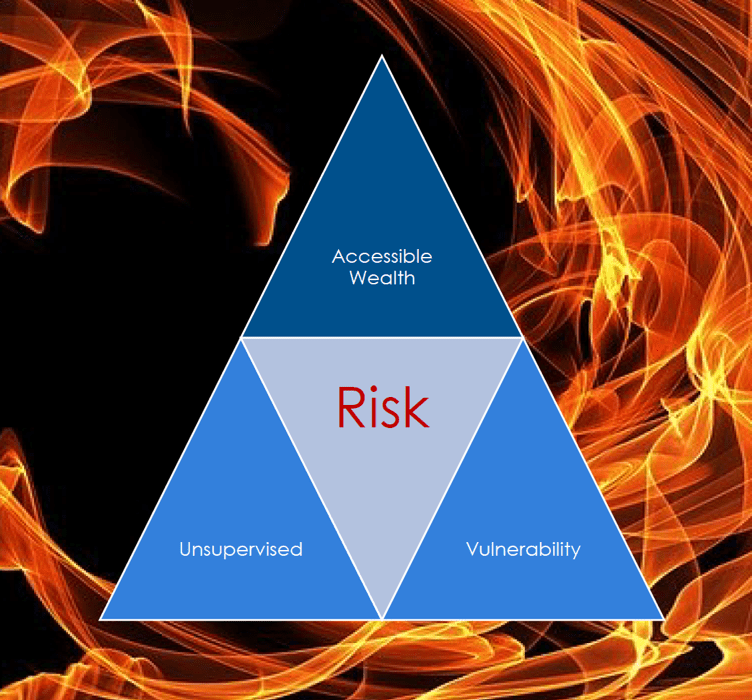 Our symposium will be exploring the ways that the wealth of the vulnerable elderly is in jeopardy.

We’ll be considering issues such as:

That’s a long list of issues for us to consider. We won’t be able to cover them all but it just goes to show how deep, complex and interconnected the problems are. Ultimately, we are working towards co-creating a policy paper that will comprehensively set out the problems and what can be done about them. 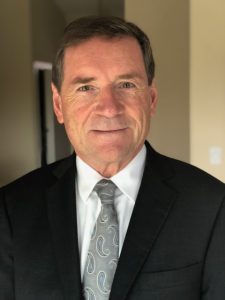 Newly retired Deputy District Attorney Paul Greenwood was a solicitor in England for 13 years. After relocating to San Diego in 1991 he passed the California Bar and joined the DA’s office in 1993. For twenty two years Paul headed up the Elder Abuse Prosecution Unit at the San Diego DA’s Office. In 1999 California Lawyer magazine named Paul as one of their top 20 lawyers of the year in recognition of his pioneering efforts to pursue justice on behalf of senior citizens.

He has prosecuted over 750 felony cases of both physical, sexual, emotional and financial elder abuse. He has also prosecuted ten murder cases, including one death penalty case.

In March 2018 Paul retired from the San Diego DA’s office to concentrate on sharing lessons learned from his elder abuse prosecutions with a wider audience. In October 2018 he was given a lifetime achievement award by his former office. 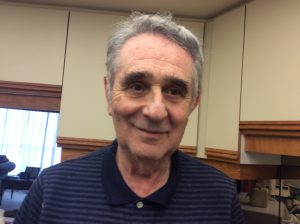 Seb has been working in financial services since 2004 and a regulated financial planner since 2007.  He launched Switchfoot Wealth in 2018 and Switchfoot Teams in 2019 with an ambition to improve financial planning for later life clients and support attorneys, court-appointed deputies and trustees in their important role.  Seb is working with the Transparency Taskforce to raise awareness of LPA abuse, the particular risks of drawdown pensions in this context, and what can be done to protect vulnerable consumers from harm.