The overall purpose of this symposium is to shine a bright light onto the very real need for radical corporate governance reform; on the basis that too many organisations are still focusing on creating short-term profits for shareholders, at the expense of the needs of other stakeholders, including the planet.

Our symposium is going to create a first-class opportunity for a wide range of stakeholders interested in the advancement of corporate governance to explore what needs to be done to drive the change that is needed.

You can expect to be ‘amongst’ progressively minded and collaboratively minded people who are keen to explore how corporate governance can be reformed for the better.

Poor corporate governance in the financial services sector has led to many cases of malpractice, malfeasance, misconduct and miss-selling; with grave reputational damage as a consequence.

Unfortunately, there is a mountain of independent research, such as the Edelman Trust Barometer, that shows the public do not trust financial services; and therefore do not have confidence in it.

On the basis that “progress begins with realism” we will be facilitating the kind of candid yet constructive discussions that are needed to help move matters forward.

We are expecting this to be a particularly lively symposium because we will be creating a forum for people to “say it as they see it” and there is no doubt that many people are disappointed with the way corporate governance operates.

We don’t think any one person or organisation has all the answers; and we also think that all answers are worth listening to, so if you’ve got a point of view that you’d like to share, this is definitely an event for you.

Presentation #3,  for10 minutes + 5 minutes Q&A/Discussion by 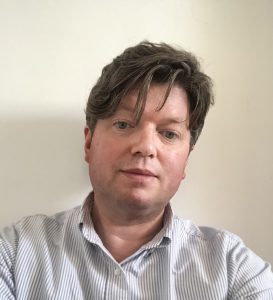 Professor Adam Leaver
Professor in Accounting & Society and Director of the Centre for Research on Accounting and Finance in Context (CRAFIC), University of Sheffield

Adam’s primary research interest is in the financialization of the firm. His recent work examines the dimensions of time and space in accounting and finance across a number of projects:

A first examines the role of the accounting regime in facilitating higher shareholder distributions by allowing managers to pull income forward in time.

A second explores the tension between an accounting regime which discounts the future, and an impending ecological disaster whose costs are exponential; and whether it is possible to reimagine the temporality of financial reporting to bring forward green investments.

A third analyses and visualises the changing social networks within financial services across space and time.

A fourth tries to understand the different calculative frames and speeds of accumulation in city-region development. 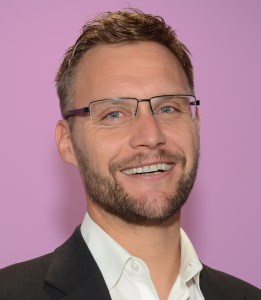 Gerhard Schnyder (Ph.D. Lausanne) is a Professor of International Management & Political Economy and the Director of the Institute for International Management at Loughborough University London and a Research Associate at the Cambridge Centre for Business Research. He previously worked as a Reader at King’s College London (2009-2017), and as a Research Fellow at the Universities of Bath, Cambridge, and SOAS, University of London.

He has obtained several research fellowships from the Swiss National Science Foundation and grants from the Economic and Social Research Council (ESRC). Most recently he obtained funding from the Norface Network for a project on the impact of populism on the decline of the Rule of Law in Europe and the political economy of populism more generally (POPBACK Project).

Prof Schnyder is interested in how the interplay between legal-institutional and political factors shapes firm-level corporate governance practices and strategies. His research also touches on the role of the state and of liberal and non-liberal ideas in processes of institutional change. His work was published in Organization Studies, Business & Society, New Political Economy, and Journal of International Management, Global Strategy Journal, among others. 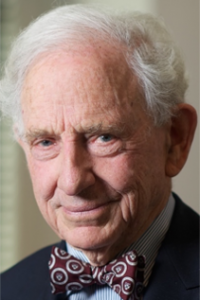 Shann Turnbull graduated as an electrical engineer in Tasmania and a science degree from Melbourne University.

After obtaining an MBA from Harvard Shann became a serial entrepreneur establishing a number of enterprises that included two public mutual funds and three that became publicly traded businesses.

He became a founding member of a private equity group that acquired and re-organised eight publicly traded firms. These also provided experience as a Chairman or CEO of public companies.

In 1971 he initiated the creation of the first educational qualification in the world for Company Directors and became a founding co-author in 1975.

In 1975 he wrote Democratising the wealth of nations that led to undertaking the first economic analysis of Australian Aboriginals for the Australian government and privatising assignments in Czechoslovakia and China.

His PhD introduced bytes as the unit of analysis to extend the science of cybernetics to become the science of governance. He has taught at a number of universities.

Shann is a prolific author, inspired by the laws of nature, on reforming the theories and practices of capitalism. He is a keen skier and tennis player residing in Sydney with his wife Pauline. They have three children and four grandchildren. 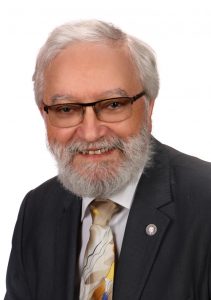 Retired, but still active professionally. Lecturer of corporate governance at Kozminski University in Warsaw, member of the Academic Society of the Allerhand Institute and of the Scientific Society of Praxiology, arbitrator and mediator at the Court of Arbitration at the Polish Financial Supervision Authority. Member of the Insurance and Reinsurance Stakeholder Group at the European Insurance and Occupational Pensions Authority (EIOPA) and of the Expert Group on Technical Aspects of Corporate Governance Processes (CG-Tech) at the European Commission, member of international organizations of corporate governance. Expert witness in the field of trading in securities. Member of the jury of “The Best Annual Report”, and of the jury for the best thesis and Ph.D. dissertation on business ethics “Verba Veritatis”.

He has worked for several market institutions: brokerage houses, Stock Exchange, Securities and Exchange Commission, Polish Financial Supervision Authority, self-governed organization of financial institutions. Former member of the supervisory boards of the Warsaw Stock Exchange and of the Citibank Handlowy in Warsaw, former president of the Polish Association of Brokers and Investment Advisors.

Participant in the legislative works on capital market and company law at national and EU levels. Author of numerous publications, both scientific and popularizing, lecturer at seminars and workshops in the field of capital markets, corporate governance and business ethics.

Josina Kamerling is Head of Regulatory Outreach for the Europe, Middle East, and Africa (EMEA) region for CFA Institute, and is based in the Brussels office. She is responsible for supporting CFA Institute policy development in the region, advancing the impact of advocacy efforts, and promoting capital market integrity and investor protection.

Josina participates in working groups at policy level, is a speaker at high level conferences on topics of Fair and Efficient markets, Investor Protection and Ethics.

She sits on the board of Observatoire de la Finance and is co-president of the Global Ethics prize for young people in finance: The Ethics in Finance prize.

Previously, Josina was a specialist adviser on financial services in the European Parliament for six years, and a Senior Banker as Head of Sales of various sales teams in financial markets both retail, institutional, central banks and corporates and as a global banker for large energy multinationals for 15 years in various EU countries.