This is an important symposium because:

In particular, we’ll be taking a close look at what the evidence from Violation Tracker tells us about the propensity of the banking sector to disregard rules and regulations in the pursuit of profits; and even when caught and fined for unethical and/or illegal activity, to simply carry on misbehaving.

See here and draw your own conclusions on whether the banks see being fined for infringements and violations as “a cost of doing business;” and whether the regulatory framework is succeeding in creating a financial sector that is worthy of our trust and confidence.

And even worse than that, there are the non-financial costs to be taken into account as well, with an estimated 10,000 suicides in the UK, Europe and North America directly attributable to the consequences of banking misconduct.

The overall conclusion is that the banking sector has a great deal to answer for and one must wonder whether banking governance is simply not fit for purpose and long overdue for a strategic overhaul.

We want banks to authentically serve society, rather than exploit it; and we believe that only through radical reform of the sector will it achieve its potential as a force for good in the world.

Speakers to be confirmed

Nigel is a HMRC former Retail Banking Specialist. His role was to investigate banking egregious tax avoidance schemes and other bank criminal activity. There is a great deal.

Since Nigel retired he is working as an independent Retail Banking Specialist and with the Police. He also meets in the House of Commons and Lords to promote his solution to the failed corporate governance in most banks. He has been in banking since 1971 and has witnessed the good, bad and plain ugly in banking.

Nigel has worked alongside Andrew Bailey, PCBS in 2012 where he gave evidence, and HMT.  His papers delivered to MPs have gained traction.

Nigel has recommended that a Controller for Banking and Professional Complaints Regulator are set up, with him leading. He has a lot of knowledge and hands of practical expertise about banking, regulation, corporate governance and lending and risk management.

He has spoken to APPG Fair Banking Committee and SME Alliance meetings and acted as an Expert Witness in the High Court for victims of Lloyds Banking Group. 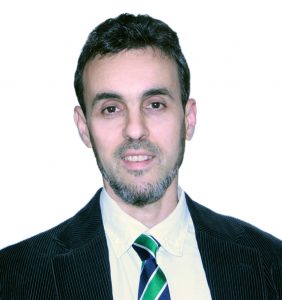 Tarek is a director at Kreatoc Zest Ltd. He has a background in derivatives markets, project finance and real estate investment. Tarek has worked as a product developer, consultant and researcher for institutional and private clients in the Middle East, Europe and South-east Asia and is the author of The Problem With Interest. He has assisted in the design of several private investment funds, advised on high profile banking and finance litigations, and been a frequent commentator for the BBC and other well-known media organisations.