The event will be structured in such a way as to be as interactive and "life-like" as possible. There will be several presentations with Q&A sessions and an open discussion and debate session towards the end.

This symposium is inspired by the idea that despite ten years or more of activity around the issue of costs and charges in the pensions and investments space, we are still a long way away from investors – both institutional and retail, having access to the clear and intelligible information they need... [READ MORE ↓ ]

Without suitable information on costs and charges, it is not possible to make sufficiently informed decisions; and the bottom line is that opacity on costs and charges continues to drive out sub-optimal outcomes. Ultimately, this means poorer returns than might otherwise might be the case.

Our message is not that minimum costs are best – there are many reasons why the cheapest option may not be the best option.

Our message is that clients deserve to know what the costs are so that options can be considered and benchmarked, properly, thereby enabling well-informed decisions to be made.

Why is it taking the pensions and investments sector so long to get something as fundamental as proper costs disclosure to happen?

The Regulators, trade bodies and professional associations have understood the importance of costs disclosure in having a transparent, efficient and fair market for ten years or more.

So why aren’t we there yet?

If, like us, you want real and meaningful improvements to the way the financial system operates, get involved.

Our event is one more step forward in galvanising support for the positive, progressive and purposeful finance reform that is desperately needed.

We’ll be considering a range of questions such as: 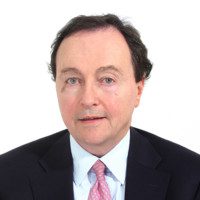 Frost solutions allow asset managers and asset owners to collaborate on mutually transparent research budgets designed to allow the investment strategy to meet its targeted return.  It is in the interest of both parties for the product to succeed.

Research transparency and “sustainability” are emerging as ESG factors and stewardship/ governance issues for asset owners.

Neil has held a wide range of roles in asset management and investment banking in both Europe and North America, including running equities businesses at global banks to launching and managing all aspects of varying asset management products.

Neil was appointed to the UK Investment Management Association’s Research Review Advisory Panel and has consulted extensively with global regulators on research issues. Frost has authored papers on research topics for, and in collaboration with, the CFA Institute, the University of Edinburgh, and Stanford University. 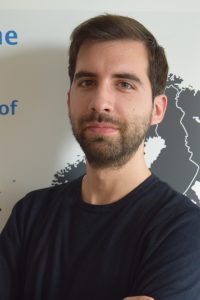 Edoardo Carlucci is Research and Policy Officer at Better Finance. He obtained his Bachelor degree in Economics, Finance and Management with Law at Sapienza University of Rome, with a thesis on “Shareholding and Interlocking Directorates in the Italian Corporate Governance”. In 2014, he graduated at the ULB University obtaining the Master Degree in European Studies with Economic Specialization. He wrote an analytical thesis on the “Fragmentation of the European Financial Markets”.

He previously worked in the European Institutions and Civil Society Organizations dealing with various aspects of economic issues and policies such as EU Internal Market, EU Competition Policies, Public Procurement and SMEs. He also worked on research projects and analysis as European Economic Forecasts. At BETTER FINANCE, Edoardo is responsible for various policy and research areas such as Sustainable Finance, Fintech, Financial Reporting and Corporate Governance. 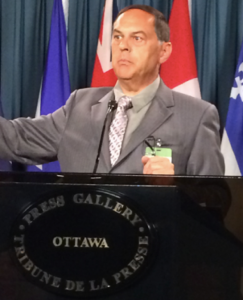 After spending two decades as a retail broker in Canada’s largest banks it became imperative to understand what was seen as a pandemic of professional financial abuse.  He has testified to parliamentary committees four times in the last decade and is a consulting director to the Small Investor Protection Association of Canada, www.SIPA.ca.

Larry is also an author and film producer. He was included in John Lawrence Reynolds’ second edition bestselling book, The Naked Investor, Why Almost Everybody But You Gets Rich On Your RRSP, and Bruce Livesey’s Best Seller, Thieves of Bay Street, How Banks, Brokerages and the Wealthy Steal Billions from Canadians. He produced a documentary film titled “Breach of Trust, The Unique Violence of White Collar Crime”, to benefit investors, legislators and those who investigate financial crime.

What he has observed over the last two decades of the 1900s, and the first two decades of the 21st-century, is condensed into a book titled  “ABOUT YOUR FINANCIAL MURDER…”, to be released March 2018. The book argues that organized acts by financial professionals, drains North America by as much money as ALL other criminal acts combined.

Larry is a director of the Canadian Justice Review Board, an advisory group which brings independent oversight to the state of affairs of justice systems. His interest springs from decades of observed investment regulatory capture, and financial industry capture of related professions including elements of justice and law.