The USA’s Violation Tracker is an incredibly useful and user-friendly database on corporate misconduct. It can be thought of as “An MRI scanner for poor corporate governance” that covers all kinds of corporate infringements in all sectors that have been resolved by federal regulatory agencies and all parts of the Justice Department, since the year 2,000.

In all, a staggering 483,000 civil and criminal cases from more than US 300 agencies with penalties of $667 billion are included. It’s interesting to know that of all the infringements captured by Violation tracker, about half of the total amount of fines, a staggering $331,558,339,161 to be precise, is directly attributable to malpractice, malfeasance, misconduct and mis-selling by the financial services sector!

So, despite the fact that the financial sector ought to be one of the most trusted industries, the reality is sadly very different indeed.

And not only that, it’s also rather worrying for Brits that a British bank is amongst the top 10 worst offenders, in a database that captures infringements against only US authorities:

The good news is that on March 25th, Good Jobs First/Violation Tracker and TTF announced that that funding has been secured for the construction of Violation Tracker UK. That’s great news for everybody that is interested in ESG, corporate governance, infringements by banks and so on.

Violation Tracker UK will combine the records of the Financial Conduct Authority, the Employment Tribunal, the Pensions Regulator, the Bank of England, the Prudential Regulatory Authority, the Health and Safety Executive, HM Revenue and Customs, the Environment Agency, the Competition and Markets Authority, the Serious Fraud Office and over 40 more UK-based entities, aggregating all their violations data and thereby giving a valuable picture on which companies are breaking the rules.

Its design will resemble the original Violation Tracker, which has attracted a massive global user base and provides about 3 million page views per month.

We believe this is a significant development that will be of enormous benefit to anybody with an interest in corporate governance, ESG, responsible investment, “Building Back Better”, regulatory reform, environmental protection, climate change, the “business round-table multi-stakeholder agenda.” system change, “conscious capitalism” and so on.

As recent UK scandals make clear, HSBC, Lloyds Banking Group, RBS and so on have been central to some of the nation’s biggest scandals. With Violation Tracker, all stakeholders including the public at large will have sight of corporate infringements data going back 10 years.

Violation Tracker will enable us to face up to and assess the wrongdoing, indeed criminality that has taken place in the UK; and thereby help us to drive the positive, progressive and purposeful reforms that are so desperately needed.

This symposium will showcase Violation Tracker and the powerful data it provides, helping everybody to understand how it can shine a bright light on what’s been in the shadows, hidden from view; until now.

It will also help everybody understand why so many people are highly supportive of this development. 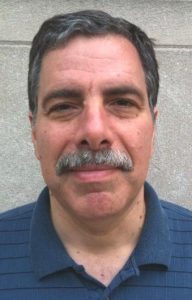 Phil has been doing strategic corporate research for labor, environmental, public-interest and other activist groups around the U.S. for three decades. Before that he worked as a business journalist. He is a licensed private investigator and author of four books on business, labor and economics. His blog on corporate research and corporate misbehavior is the Dirt Diggers Digest. He has written more than 70 critical company profiles for the Corporate Rap Sheets section of the Corporate Research Project website. He leads the work on Violation Tracker. 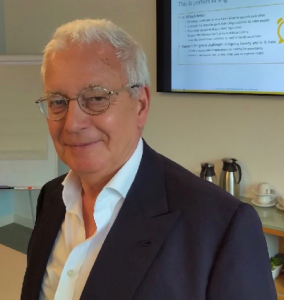