------ If you already know you want to be included, please click here to secure your place. Otherwise, please read on. ------

What’s the purpose of this symposium?

This symposium represents one more step forward in our collective efforts to galvanise support for positive, progressive and purposeful finance reform.

We already know that the financial services sector as a whole has a significant reputation problem – the key takeaway from the Edelman Trust Barometer is:

“…at 57 percent trust among the general population, financial services remain the least-trusted sector measured by the Trust Barometer.”

…and that’s obviously a major issue for a sector that has to be trusted to function successfully.

It is clear that there is far too much adverse publicity about the financial services sector; and that it is having a long-lasting and highly damaging effect on the reputational integrity of the sector.

This is a serious and systemic issue that needs to be resolved.

Our symposium creates a first-class opportunity for a wide range of stakeholders to share their thoughts around what needs to be done; how best to do it and who should take responsibility for fixing what seems to be broken; or at least very badly damaged.

On the basis that “progress begins with realism” we’ll be we will be running the event as a forum to enable everybody to “say it as they see it” and thereby facilitating the kind of candid yet constructive discussion that is needed to help move matters forward.

We’re in trying times because of Covid-19.

So, it’s time for agility and adaptability, resilience and innovation.

As a consequence, this symposium is being run as an online event.

We will be using interactive Zoom, a highly effective online platform which means we can run this symposium as an ultra-convenient and wonderfully efficient event; all this, without you needing to leave your home or office.

You’ll just need access to a computer with Broadband connection.

There will be several presentations with Q&A sessions and even a breakout session where attendees will be able to discuss particular topics amongst themselves and then report back on their findings.

There will also be an open discussion and debate session towards the end.

Welcome to the symposium, introductions and initial exploration of the main issues; …plus about “Why we must rebuild trustworthiness and confidence in financial services; and how we can do it”;

……plus launch of our new Virtuous Leadership Group by

Alan’s slides can be downloaded below: 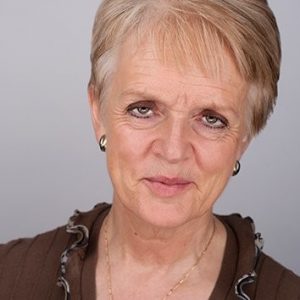 Breakout & Report Back Session, on

“What are the greatest challenges; and how could they be tackled?” for 30 minutes in total

– 20 minutes for discussion within the Breakout Group

– 10 minutes for the Report Back session

Final conclusions; and suggested next steps, by