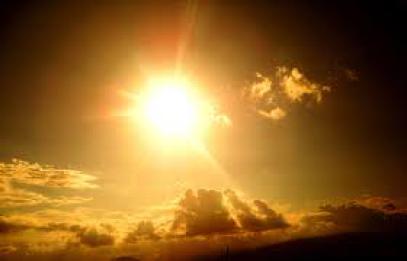 The phrase ‘Sunlight is the Best Disinfectant’ elegantly sums up what the Transparency Task Force is all about.

The basic idea is that there is a natural tendency for people to perform to a better standard when they know their behaviour is being observed.

Or, to put it another way, people are less likely to perform below the standard expected of them if they know what they are doing is going to get noticed.

That’s why most burglaries happen at night – the burglar thinks there’s less likelihood of being spotted. So it would seem to follow that believing that behaviour will be seen is likely to influence behaviour.

In such a world it is easy to hide information, because it is difficult to see it in the first place!

Think also about why the corporate governance guru Nell Minow was absolutely right when she famously commented that “boards of directors are like subatomic particles – they behave differently when they are observed.”

So, at the heart of the Transparency Task Force is the belief that if something matters it should be made to be visible; brought out of the shadows and into the sunlight, where it can be seen, scrutinized, evaluated and compared.

And if there is some kind of fog, mist, obfuscation, double-talk or deceit that is preventing what needs to be seen from being easily visible to those that want to see it, things need to change; especially if the reason for the opacity is that it helps financial services companies to make more profit.

We thinkof that kind of behavious as ‘opportunistic obfuscation and opacity’.

It simply isn’t acceptable for consumers of financial services products, whether they be individual investors or boards of trustees on huge pension schemes to not be given the information they want if it effects them in some way.

Take the topic of costs and charges on investments, for example. They really do matter a great deal to the net results that investors get, particularly pension savers because the corrosive effect of costs intensifies over time due to compounding making the long-term nature of pensions hyper-sensitive to even tiny changes in costs.

On that basis it is obvious that all costs should be fully disclosed to consumers and presented in a clear, intelligible and standardised way to aid comparability; but that is very rarely the case.

That’s why the TTF has been campaigning so hard to have a very bright light shone on the issue of costs in pensions and investments.

But the same logic applies to many other areas too. For example:

Knowledge is power and for markets to function correctly consumers need to have the power to observe what matters to them; and that means they need to be given transparency.

It is obvious to that in general terms financial services market behaviour is improved when it is visible; and conversely, that behaviour that is allowed to happen ‘in the shadows’ is often at the expense of the consumer.

That’s why regulators around the world are starting to properly harness the transformational power of transparency to fix opaque and therefore uncompetitive markets. Transparency is a very good friend to anybody that wants to fix what’s wrong in financial services.

And transparency can lead to a much more effective regulatory framework – you need fewer rules and much less ‘red tape’ if you engineer a market to be inherently transparent because ‘Sunlight is the Best Disinfectant’.

Think of the dozens and dozens of scams, scandals and miss-selling episodes that the history of financial services is shamefully littered with and the sad reality that despite billions having been spent on financial services regulation the amount of malfeasance seems to be on the up.

If you saw all the incidents of malfeasance listed on one piece of paper you’d need a very long piece of paper; perhaps even a toilet roll – rather aptly.

Everything from Maxwell stealing millions from the Daily Mirror pensioners to Madoff ripping off thousands of people to the tune of many billions. There have been hundreds if not thousands of industry-embarrassing episodes that have proven time and time again that the financial ecosystems around the world is predisposed to be untrustworthy and desperately needs fixing.

From Maxwell to Madoff and everything before and after; it’s truly shocking. But it isn’t just the crooks like Maxwell and Madoff that have done harm. It’s everybody that has been involved with hiding information and discouraging the quest for the consumer being provided with useful information in a clear and inteligible way; whether deliberately or otherwise; whether it’s an individual financial adviser not disclosing that the advice provided is tarnished by commission-bias; or a trade body to a country’s asset management industry suggesting that campaigners looking for hidden costs and charges are fools, as if they were looking for the Loch Ness Monster.

The reason we need sunlight to disinfect the whole sector is because the Financial Services industry is pre-disposed to opportunistic obfuscation and opacity; it has profited from things being kept hidden from the consumer; sometimes deliberately, sometimes not – things like the true costs of investing, the true performance of products and the true risks that consumers sometimes face when using those products.

The TTF view is that opacity leads to asymmetries of information and that’s a major concern because it prevents the consumer being able to make well-informed decisions, thereby denying the opportunity to achieve the best possible outcome for him/herself.

Furthermore, it is obvious that asymmetries of information skew market behaviour and stop the market working freely and competitively; preventing commercial success for market participants being a function of merit.

And consider this – opacity is the one necessary ingredient for a financial crisis to occur. If we want more stable financial markets then we need more transparency, it’s as simple and as compelling as that.

So whether you are primarily motivated to want change because you are an advocate of social justice; or because you see beauty in the workings of a free and honest market; or because you’d rather we didn’t have another totally unnecessary and totally avoidable global financial crisis, doesn’t really matter – you should get involved, because sunlight is the best disinfectant and the more people we have involved with our collaborative, campaigning community the more sunlight there will be.

So don’t stand by, stand up.

If you care about improving the tarnished reputation of the financial service sector and are ethically and professionally-minded enough to want the sector’s customers and clients to be treated respectfully, fairly and transparently please do get in touch, today – the more people involved the more we can dissipate the load and there’s a lot to be put right.

You don’t need the Transparency Task Force but we aren’t ashamed to declare that we do need you.