MPs heed calls from Transparency Task Force and hundreds of victims, with an MPs’ Inquiry on Pension Scams & collective action from a Cross-Party group

We are delighted to hear that MPs will now inquire this autumn; see here:

“The pension scams pandemic that is blighting so many pension savers in the UK, is a festering sore on the face of the pensions industry that desperately needs treating.

The Work and Pensions Committee is uniquely placed to make serious headway in an area that has challenged the authorities and regulators for many years.

I am hopeful that Chair Stephen Timms MP and his Committee colleagues will harness the purposeful power of Parliament to good effect, shining a big bright light onto what needs to be done to get things under control.

Without a doubt, today’s breaking news gives pension scam victims hope: hope that reforms will be made to make it hard for innocent people to have their penion saving stolen from them; hope that callous criminals will be brought to justice; and hope that all the authorities can become properly aligned and form a united front to defend the Great British public.”

And in a double-whammy of good news, an All Party Parliamentary Group on Pension Scams is scheduled for launch, with its formative meeting scheduled for 7th September. See our blog for more details.

One in five people received suspicious communications during the Covid-19 lockdown according to the Aviva Fraud Report, equating to around 11.7 million in the UK. However, Sue’s case (below) demonstrates Britain has been a fraudster’s paradise for at least a decade, fuelled -perhaps- by the downturn of 2008 and an internet boom. Sophisticated scammers since seized on the ‘Pension Freedoms Act’ of 2015 to present convincing cover stories to savers, and they could reach out easily – even anonymously – on social media. MPs are increasingly concerned that the problem is running out of control. 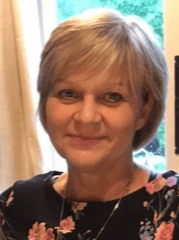 When Sue Flood worked late in BBC studios, she was often thinking about her savings for later life: “In my job, personally, I did twelve hour shifts, I did a lot of overtime and I made sure I was getting what was a reasonable pension pot. … It isn’t some sort of windfall, it’s something you diligently save for.”

So she and her husband were – ten years ago – absolutely devastated when they lost both their pensions, including £150k for her personally, in an ‘Ark’ pension scam since determined by a High Court Judge to be a type of ‘fraud on the power of investment’, with hundreds of other victims.

Sue told a TTF meeting last week: “The major point here is that for many, many years victims have been treated as the criminals. … Of the majority of victims I’ve spoken to, approximate losses go between £70k to £100k.”

Sue sits -voluntarily- on the TTF’s Advisory Board, and says: “For me as a victim, and others, TTF gave hope, an opportunity and a voice, in places where that was not being listened to. I think it’s vital that [inquiring MPs] understand the criminal element and the organised crime that underlies this.”

29 Dec 2019 – ‘Lambs to the slaughter’: Tens of thousands of savers have lost up to £10billion in rogue pensions schemes …, by Tom Kelly, Investigations Editor for the Daily Mail