How can we accelerate the rebuilding of trustworthiness and confidence in financial services?

Places are limited; to secure yours:

Click on the button below to secure your place and note that there are 3 ticket options: Standard, Discounted and Complimentary.

We are a not-for-profit and we desperately need funds to cover our costs and keep our many finance reform initiatives alive – we’re just about surviving.

You can pay through PayPal or invoice.

Here’s the program, so far*

* The programme will continuously evolve so is subject to change

For more detail about the project…

Click on the button below to get to a web page dedicated to providing a full and detailed explanation of the project:

You can expect to be amongst progressively-minded and collaboratively-minded people who are keen to understand how they can get involved with a truly pioneering project that is dedicated to reforming the financial services industry.

We are working together to help rebuild trust and confidence in financial services and to help consumers get a better deal.

You will learn all about the project – how it started; what has happened so far; what is going to be happening in due course and so on.

The 12 Finance Development Goals are a similar concept to the United Nations’ Sustainable Development Goals but instead of dealing with issues such as hunger, climate change, access to clean water and gender equality; they deal with well-known financial services problem areas such as conflicts of interest, the “profits before principles” mindset, the need for better governance and the desperate need for greater transparency.

The development of the Finance Development Goals (FDGs) is bringing together a very wide cross-section of stakeholders, right around the world, including politicians, policymakers, financial regulators, financial trade bodies and professional associations; plus many commercial organisations, leading academics and think tanks etc.

You will learn how the project is gaining traction amongst a wide cross-section of stakeholders including policymakers, politicians, regulators, professional associations, trade bodies, academics, thought leaders, commercial organisations; plus investment, insurance, banking and pension professionals, and so on.

There will be presentations from individuals with interesting insights and experiences to share; plus a panel session.

There will be ample scope for discussion and debate so that all attendees will be able to share their views and ideas.

You can expect the meeting to function as a highly interactive and highly engaging workshop, where everybody gets the opportunity to participate as much as they would like to.

We know that using that approach we will be able to harness the camaraderie, collegiality and willingness to collaborate that the project is already cultivating, right around the world.

Andy will be Chairing the Symposium. His overall objective is to galvanise support for the idea that greater transparency in financial services can drive positive, transformational change for the benefit of all.

Andy formed the Transparency Task Force following a meeting he led at Senate House, University of London on 6th May 2015. The meeting was the about the trust deficit that is impacting financial services and how harnessing the transformational power of transparency can drive the change that is needed.

That meeting set off a chain of events that led directly to the creation of the collaborative, campaigning community that is the Transparency Task Force.

Our activity is is built on the idea that ‘Sunlight is the Best Disinfectant’ and our guiding “North Star” question is “what is best for the consumer?”

The mission of the Transparency Task Force is

“To help protect consumers’ financial interests by reforming the financial services industry around the world, through harnessing the transformational power of transprency”

We have many Special Interest Groups made up of subject-matter experts working collaboratively:

We are building a global network of Ambassadors:

We are working hard to rebuild trust and confidence in financial services through creating a Framework for Finance Reform built on the Finance Development Goals:

We have a highly credible Advisory Board: 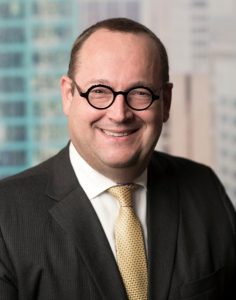 He has an accomplished record of designing and delivering exceptional stakeholder and commercial outcomes in complex, political and uncertain environments. Josef is skilled in engaging, connecting and galvanizing diverse stakeholders on board, senior executive andoperational levels behind evolutionary or transformational strategies and initiatives. His has an adaptive leadership style working across 30 countries with leading private and public sector clients as well as governments and regulators.

Josef brings 25+ years of expertise and insights across wealth and asset management, retirement, life insurance and retail banking across 4 continents in industry and advisory roles. He is skilled in board, strategy, risk and governance, distribution, investments, administration and digital from working with leading financial services organisations locally and globally. As a leader he enjoys seeing colleagues grow and evolve personally
and professionally.

As previous COO Retirement of a pension fund master trust, pension trustee director and working with boards in several countries Josef learned the importance of purpose, good governance, a members’ best interest culture as well as rigorous risk and conflict management and fit for purpose oversight to deliver predictable outcomes. Trust and confidence are key. And conflicts of interest are omnipresent. He thrives navigating transformational change from running a business strategy consultancy and leading market entry, growth and
complex implementation programs for many leading pension, retirement and social security organisations, life insurers, asset managers and wealth management businesses globally. But, his industry and advisory roles taught him that only successful implementation makes a successful strategy. And, behavioural change is tough.

Josef was involved in supporting informed decisions and policy reform in many countries working with political, policy, regulatory and industry leaders. It taught him two key lessons: pension, retirement and financial well-being policy reforms require tough decisions and behavioural change, and they require translating between different stakeholders to convert industry jargon into stakeholder understanding and empathy. Successfully building, evolving and governing growing direct investment portfolios across different regions, countries, asset categories and themes became his passion again as it maximises retirement assets as ultimate member outcome. Josef is a frequent speaker and author on pension, retirement, governance and risk management issues on many global and local forums to help build a better retirement world for all stakeholders.

Dr Shann Turnbull is the Principal of the International Institute of Self-governance based in Sydney, Australia. His bibliography is posted https://independent.academia.edu/ShannTurnbull/CurriculumVitae

Shann Turnbull obtained an MBA from Harvard in 1963 and published The Management of Capital in 1965 to promote modern financial analysis in Australia. He became a part time teacher at Australia’s first business schools while being a serial entrepreneur founding many enterprises with three becoming traded on the Australian stock exchange. From 1967 to 1974 he was in charge of research for a private equity group that acquired and re-organized a eight publicly traded companies. In this role and as a company promoter he gained experience as a controlling shareholder, company director, chairman and/or CEO of public companies. In 1970 he also became a founding joint CEO/owner of a public mutual fund management company.

In 1971 he advocated education for company directors and in1973 his first academic paper “Time Limited Corporations” was published in ABACUS: A journal of accounting, finance and business studies.

Shann pioneered research and teaching of corporate governance before this term came into vogue as a co-author in 1975 of the first course in the world to provide an educational qualification for company directors. In 1975 he also published his first book on Democratising the Wealth of Nations. The novel ideas in his book led to consulting assignments for multi-national corporations, United Nations, World Bank, and governments, including in 1991 the Peoples Republic of China and Czechoslovakia. Shann has been a prolific writer on reforming the theories and practices of capitalism based on biomimicry.

In 2001 he obtained a PhD from Macquarie University with a thesis that showed how the science of control and communication in the animal and the machine described as cybernetics could be extended to organizations to create a science of governance using bytes as the unit of analysis. His thesis built upon his education as an electrical engineer in Tasmania in 1957 and a BSc from the University of Melbourne in 1960. His PhD thesis, many journal articles, book chapters and books are posted at http://ssrn.com/author=26239. Two articles were selected for re-publishing in 2000 with the seminal contributions of 24 leading scholars in the Corporate Governance volume of The History of Management Thought.

Shann applied the methodology developed in his dissertation to evaluate and rate the governance integrity of the largest 100 organizations in Australia by turnover for three years from 2001. From 2001 to 2006 he was the Australian Advisor to the London based Hermes Focus Asset Management. In 2002 he was commissioned by the London based New Economics Foundation to write a public policy booklet on A New Way to Govern: Organizations and society after Enron. Based on his PhD research he designed a MBA course that he taught during 2003/4 at Macquarie University on evaluating and designing the governance architecture of organizations in the government, non-profit and private sectors. He taught risk analysis to graduate students at the University of NSW in 2007 and at Sydney University in 2008. In 2011 Shann founded the Green Money Working Group in the UK to provide liquidity for Small and Medium sized enterprises in the event of another financial crisis. Group members represent 25% of the UK population as described at www.gmwg.org.