THE PERILS OF PENSION SCAMS

Places are limited. To secure yours:

Click on the button below to secure your place and note that there are 2 ticket options: Standard and Discounted. The notes you get to will explain the options.

Thanks to our sponsors : 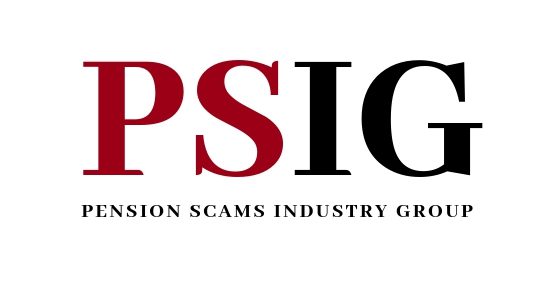 We start with registration, lunch and networking at 12:00; the meeting proper starts at 13:00 and we wrap up at 17:00; with drinks and further networking through to 18:00 for those that would like to chat informally afterwards.

Here’s the programme, so far*:

The format of this session will be an informal panel where key participants will have the opportunity to share their insights and experiences on pension scams; always with the intention of finding solutions rather than placing blame.

At the Transparency Task Force, we believe that “sunlight is the best disinfectant” and also that “progress begins with realism” so what you can expect at this event is candid yet constructive conversations about what more can be done to mitigate the risk of pension savers being scammed; and what more could, should and arguably must be done to help ensure that pension scam victims are treated fairly and for what they are – victims of crime.

The topic of pension scams has attracted a great deal of attention from regulators, politicians, campaigners and the media at large. That’s very understandable, given the harsh reality that so many people have been robbed of their pension savings; sometimes literally all of it, with shocking life-changing consequences.

How much worse does it need to get before the whole pension scams situation is deemed to be a national disgrace? – or are we already there?

We believe that for many, this will be another not-to-be missed symposium. Ultimately, the solution has got to be about all of us working together to fix what needs fixing. The event is very likely to initiate some important follow-up activity and as always, we’ll be looking to build consensus on the best way to carry out our work. One way or another, don’t miss it; or at the very least, make sure your organisation is suitably represented.

All the key stakeholders are being invited to participate, including:

Pensions scams are reaching epidemic proportions. If anything, the situation is actually getting worse not better; so much so that this issue remains “a festering and worsening sore on the face of pensions.” The Transparency Task Force approach is to look for solutions, not blame, and we’ll be exploring a range of initiatives that have the potential to improve the terrible situation we presently face.

There are some positive initiatives and worthwhile ideas coming together, such as:

It’s going to be interesting to discover how strong the political will is to better protect the pensions-saving public from the theft of their pension savings.  Hopefully, this will be one topic in which it is going to be relatively easy to build consensus amongst all kinds of parliamentarians.

We’ll also be looking into issues and questions such as:

We are hoping that “the authorities” will accept our invitation to participate and provide an update on their strategies for dealing with the pension scams issue. We would also encourage them to share their thoughts on what others, such as campaigners and industry bodies can do to help them achieve what we surely all want – a pensions market that is as free of the perils of pension scams as possible.

However, if for any reason they are unable to speak freely about their activity we do hope at least that they will engage with the event as “interested but passive observers” on the basis that at the very worst they’ll be able to gain valuable insights from a range of perspectives including those that have been scammed.

This meeting will be a unique opportunity for candid yet constructive conversations on a truly toxic topic; but if these conversations are not bravely entered into, is there any chance we will get to the bottom of what needs to be done? We think not.

Huge thanks in advance for all stakeholders that engage with us through this event; even if just as interested but passive observers. Solving the perils of pension scams is going to require a team effort and everybody’s got an important part to play.

Who’ll be on the pitch on December 3rd?

As mentioned earlier, we believe this will be another not-to-be missed symposium. Ultimately, the solution has got to be about all of us working together to fix what needs fixing. The event is very likely to initiate some important follow-up activity and as always, we’ll be looking to build consensus on the best way to carry out our work. One way or another, don’t miss it; or at the very least, make sure your organisation is suitably represented.

This event will appeal to a broad range of people including:

This event has now taken place. You can download the slides using the link below.