We imagine that a great deal of money has been made by many people as a consequence of the mortgage book sales and we see no justification for the government’s failure to do all it can to defend the interests of completely innocent victims of financial exploitation.

This symposium will help to explain what has happened, the role the Government has played in the scandal and the widespread detriment it is causing to over 250,000 families trapped into paying extortionate interest on their mortgages.

We will discuss where the debacle has got to and what is now happening to try to get justice for the families.

Presentation #1, for 5 minutes + 10 minutes Q&A/Discussion by

Founder and Chair, The MoneySavingExpert.com,

Final conclusions and suggested next steps

Close to the formal proceedings.

*The programme will continuously evolve, so is subject to change. 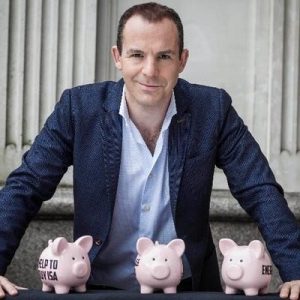 Martin Lewis OBE, the Money Saving Expert, founded his website in 2003 and is currently its Executive Chair. He’s an award-winning campaigning journalist, TV and radio presenter, newspaper columnist, charity founder, author and according to Google, the UK’s most searched-for British man.

Born in Manchester in 1972, he grew up in Cheshire’s Delamere Forest. These days he lives in London with his wife, BBC Click presenter Lara (aka Mrs MSE), and eight-year-old daughter Sapphire (aka Mini MSE). For some colour about Martin and his life…

Yet if you’re the Wikipedia type and want the exhaustive (exhausting) ‘Who is Martin Lewis?’ list of stats and facts, read on (remember, if there’s a conflict between this page and the crowdsourced Martin Lewis Wiki entry, it’s correct here, not there)…

Martin set up this site in his living room in 2003 for a total capital outlay of £80. With a focus on how to cut bills without cutting back, it soon saw explosive growth. And very quickly it became the UK’s biggest consumer site, a title it has now held for well over a decade.

The site has also long resided in the top 100 biggest sites in the UK, and now has over 16 million monthly users. For more on how it got here, read the history of MoneySavingExpert.com.

In many ways, the site’s success was powered by the Martin’s Money Tips weekly email (these days it has been slightly renamed to the MSE Money Tips email). Over 14 million people have signed up to be sent that email and it’s received by over seven million active addresses.

In 2012, MSE joined the MoneySupermarket Group – with Martin continuing in his role as Editor-in-Chief. At the end of 2015, the period contracted in the sale, the contractual relationship was over and Martin could have left (or been asked to leave).

Yet no one wanted that. So in 2016 Martin moved from Editor-in-Chief to a permanent new role as MSE’s Executive Chair, overseeing the site, focusing on journalism and content quality, ethics, strategy and creativity. A role he relished and continues to do to this day – still playing the leading role in MSE and what it does. 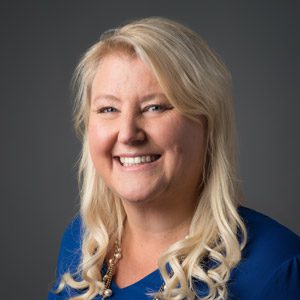 Heather Buchanan is the Director of Policy for the APPG on Fair Business Banking where she sets the strategic focus of the group and has 7 years’ worth of experience successfully working in UK Parliament for positive change on behalf of small business. She regularly advises MPs, peers, Government departments, regulators, trade bodies and civil society on the commercial relationships between businesses and their lenders. The work of the Group, in conjunction with other key stakeholders, led to the expansion of the remit of the FOS and the creation of the BBRS. Heather co-founded the Bankers for Net Zero initiative which puts small business at the heart of the banking sector’s transition and has been announced as the first country chapter of the UN convened global Net Zero Banking Alliance, putting banking commitments into action in a local context. She is on the advisory panel for the Transparency Task Force and is a member of the UK Finance SME Advisory Group. Heather was on the Steering Committee of the BankingFutures project and has also contributed to the Lending Standards Board Standards of Lending Practice for Business Customers. 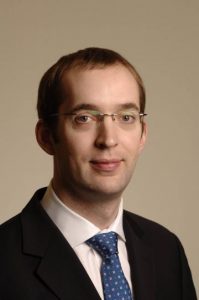 Dominic Lindley is Interim Proposition Lead in the Customer Data Protection Unit working on Privacy Law, Regulatory Design and the frameworks for Redress.

Dominic is focussed on unlocking the benefits of Open Finance for consumers by making sure they have the skills, knowledge and motivation to use new Open Finance enabled services and that they are protected and have access to redress if anything goes wrong.

He has worked for the Consumer Panel, Which? and New City Agenda, delivering improvements for consumers. He has advised the Open Banking Implementation Entity and is a member of the MAPS Pensions Dashboards Programme Steering Group and the FRC Advisory Council.  He has written two leading reports on Pensions Dashboards for Which? and the People’s Pension. 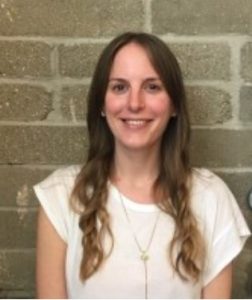 Stephanie Orr has worked in the voluntary sector in various support roles for the last 6 years. Following an unusual pathway into the VAWG sector, her passion for supporting survivors of gender-based violence started whilst studying for a PhD in Chemistry when she began volunteering at her local Rape Crisis Centre, taking on a number of roles including regularly providing helpline support. Since then, Stephanie has worked as an advocate, supporting survivors of forced marriage and honour-based abuse and working one-to-one with women and girls experiencing domestic abuse who were assessed to be at high risk of homicide or serious harm. Most recently, Stephanie has delivered a project in Children’s Services, training, consulting, and working in partnership with social workers to improve responses to domestic abuse within a local authority. 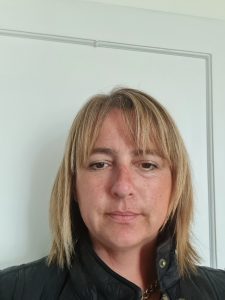