In February of this year the FCA censured Premier FX, a now defunct currency exchange firm that once operated in Portugal, Spain and Dubai, for “seriously misleading” customers, failing to safeguard their money and for misusing its payment accounts. A substantial fine would have been imposed had the company not already been in liquidation or owed over £9milion to its creditors, said the FCA in its report.

However, the FCA’s Censure Report has done little to satisfy the many victims of Premier FX, who feel that it unfairly condemns them, rather than:

Instead, Premier FX victims feel the Report placed all the blame on Premier FX’s late founder and director, Peter Rexstrew, who had died.

The Censure Report did not answer the most important question of all: “Where is the money?”

In this symposium, three Premier FX victims will be sharing with us their ongoing battle to get their money back, whilst exposing the many failures of the bank involved and the FCA who, once again, would seem to have failed to protect consumers from harm.

It is clear that there are serious premeditated frauds and theft taking place by FCA authorised and regulated firms. The Premier FX fraud debacle hit the fan in July 2018 (before mini bonds and LC&F mis-selling became public knowledge) and many questions arise:

The FCA Censure Report published in February 2021 has been criticised for being weak. Again, many questions arise:

What’s really been going on?

Who/what is to blame?

And, what about the solution?

What would be necessary for this kind of debacle to be prevented from happening again? One idea is that theft by authorised firms should be refunded in full within 3 months by a new City Victims Fund that was financed by the large City institutions and FCA. This would put their “skin in the game” and help ensure they properly prevented fraud by “supervised and regulated” firms.

It’s going to be a very interesting event – be sure to book your place! 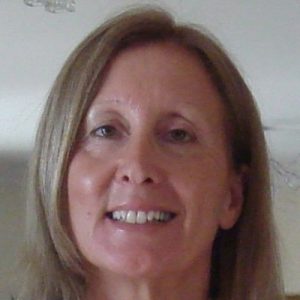 Premier FX were operating a Ponzi style scam based on push payment fraud for 8 years while registered and authorised by the UK’s Financial Conduct Authority as a Payments Services Institution and being “robustly and rigorously verified” under the FCA’s due legal authorisation process and annually monitored. The firm was already operating fraudulently and unsafely and indeed failed all conditions, bar one, to be a safe payments institution when first authorised by the FCA in 2013. PFX was then reauthorised in 2018 under the new stricter international payment service rules (PSD2, 2017) eight weeks before they collapsed stealing clients’ money worth £12m.

The firm was applauded as a British success story by the UK-Portugal Chamber of Commerce, British Consul and DTI representatives in Spain and Portugal while, in reality, the firm had been operating a scam from 2006. The firm held 74 bank accounts in Barclays London and the Barclays Account Director disappeared on indefinite leave within days of the fraud discovery and has since left the country. The bank has blocked all account staff from being interviewed and sent the transactions in an unusable format despite modern financial systems technology. Premier FX registered its accounts of under £3m per year while moving more than one billion sterling. How does this happen? The victims followed the FCA’s ScamSmart advice and used a British registered FCA Payments Institution and still had their money stolen.

When not meeting with the FCA, and other parties to negotiate for money to be returned Pauline is also

Co-founder and Partner in an aerospace firm providing management and technical services to the aerospace and communications industry.

Pauline welcomes the opportunity to assist the Transparency Task Force in making financial services easier to understand and regulate safely. She believes the consumer is prey to extensive bad practice in the financial services sector and this is accepted, even supported by the Treasury, FCA and Banks and despite independent reports recording severe economic harm and desperate failings by the regulator and banks to follow due legal statutory processes, the calls for change in policy and practice have been dangerously underwhelming.

Pauline believes the financial services and market act needs to be tightened as banking culture is allowing key principles to be evaded. The accountability & liability of the Regulator needs to be changed as it is currently unenforceable which allows the Regulator to fail with impunity. The processes of adequately protecting the consumer under the FSMA and the Payment Service Regulations need to be legally defined and enforced. The key question is by whom and will it be allowed to be enforced? 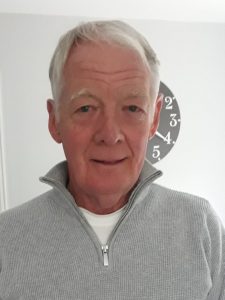 Graham is a retired Engineer Manager who was employed by BAE for 45 years.

As with many other Premier FX victims he lost his life savings, the cause of which he puts fairly and squarely at the door of the FCA for failing to apply regulatory standards. 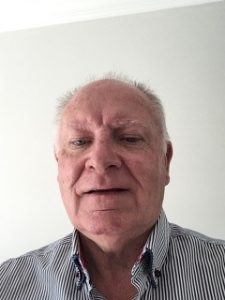 Keith is now retired and has lived abroad in Portugal for the last 30 years and the Middle East prior to that. He has been involved in the Construction Industry, project management, developing , planning and selling housing complexes including the necessary infrastructure.

His life has been affected by the loss of my savings by the collapse of Premier FX and he is fighting for restitution regarding this fraud. He was a regular payment service user for 7 years with PremierFx who were an authorised British payments institution and he was lured by the MD into setting up a savings account having no idea they were lying about their permissions to provide accounts. Having not been involved previously with the FCA or any Financial entities in the UK he is appalled that fraudsters and criminality operates unpunished and enabled by the institutions that are supposed to protect us all.