Financial regulatory failure has become a massive public interest issue, right around the world, with shockingly high levels of malpractice, malfeasance, misconduct and mis-selling taking place; plus of course

This symposium is all about that and it will focus on what can be done to make real and meaningful change to happen. For senior policymakers, politicians and regulators looking for a “cure” to ineffective financial regulation, this event will be a treasure-chest of creative, pragmatic and effective solutions worthy of serious consideration.

The Transparency Task Force is a “critical friend” to regulators. We see our value in helping to ensure financial regulators are aware of what more they could be doing to help protect the interests of consumers. We have always enjoyed a highly engaged working relationship with regulators. We see ourselves as being on their side (although it may not seem that way to them), always thinking about what more they can do to become as effective as possible.

This is a must-attend event for those concerned about the ineffectiveness of financial regulators. It will be a rare opportunity to get to grips with the real underlying causes of regulatory failure and to tackle head-on the real-world changes that need to happen.

During our event, we’ll be hearing from Sir John Kay, CBE, FRSE, FBA, FAcSS, one of the UK’s leading economists and recognised expert on regulatory affairs. Sir Joh will be talking through the alternative philosophies and approaches to regulation, and he’ll be sharing his thoughts on what changes need to be introduced to get regulators operating effectively.

Our other speakers include Dr Andy Schmulow, who has been closely involved with the developments around Australia’s Royal Commission and in particular with the introduction of Australia’s Financial Regulator Assessment Authority Bill. Andy will be sharing his acknowledged expertise on a range of issues such as:

In addition to hearing from our world-class speakers, there’ll be ample opportunity for questions, discussion and debate.

The event will therefore be particularly appealing to those that want candid, forthright and grown up conversation around the realities of the present and the possibilities for the future.

Furthermore, it will be highly relevant to individuals that might want to be included in the All-Party Parliamentary Group on Personal Banking and Fairer Financial Services’ Call for Evidence about the Financial Conduct Authority.

Presentation #1, for 30 minutes by 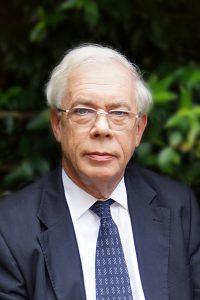 Sir John Kay is an economist whose career has spanned the academic world, business and finance, and public affairs. He has held chairs at the London Business School, the University of Oxford and the London School of Economics and is a Fellow of St John’s College, Oxford, where he began his academic career in 1970. He is a Fellow of the British Academy and of the Royal Society of Edinburgh.

John is a director of several public companies and a contributing editor of the Financial Times. He chaired the Review of UK Equity Markets and Long-Term Decision-Making which reported to the Secretary of State for Business, Innovation and Skills in July 2012. He is the author of many books, including The Truth about Markets (2003), The Long and the Short of It (2009, new revised edition 2016) and Obliquity (2010). Other People’s Money was published by Profile Books and (in North America) by PublicAffairs in September 2015, was a book of the year for Bloomberg, The Economist and the Financial Times, winner of the Saltire Literary Prize for non-fiction, and was short-listed for the Orwell Prize for political writing. 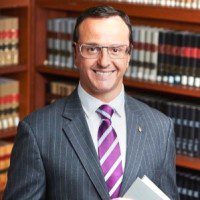 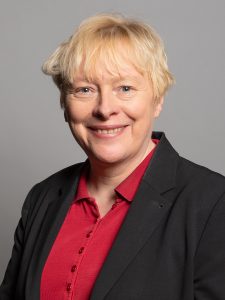 Angela Eagle is the first ever Labour Member of Parliament for Wallasey on Merseyside, defeating Conservative Minister Lynda Chalker in 1992. She served as a Minister in both of the Blair and Brown Labour Administrations and currently serves under the Leader of the Opposition, having finished fourth in the Shadow Cabinet ballot of Labour MPs, and is the Shadow Leader of the House of Commons.

Angela was the first openly lesbian Member of the House of Commons and was civilly partnered in 2008 to trade unionist Dr. Maria Exall. Angela is the twin sister of fellow Labour Member of Parliament, and Shadow Environment Secretary, Maria Eagle (Garston and Halewood).

In 2015 Angela doubled her Parliamentary majority to 16,348, taking over 60% of votes cast. After teh General Election she announced her candidacy to be Labour’s Deputy Leader receiving endorsements from: Unite, CWU, UCATT, TSSA, and her old union Unison.